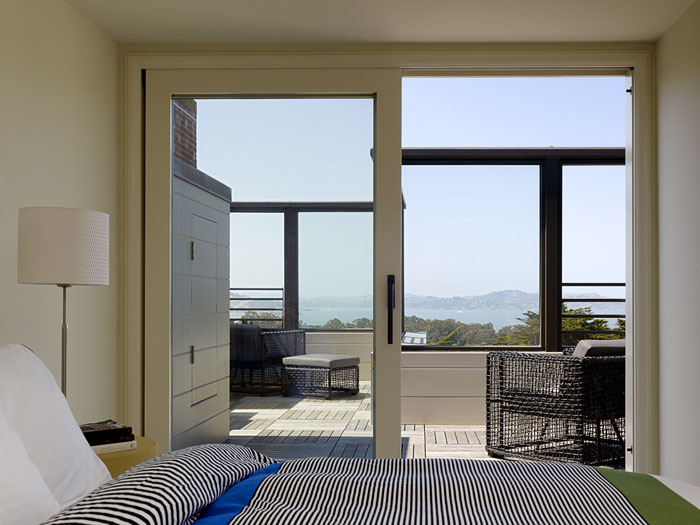 Our team has just completed a major whole house remodel in the Presidio Heights neighborhood of San Francisco. Built in 1937, this residence was one of the first designed by renowned California architect William Wurster. We worked with Aleck Wilson Architects to remodel the kitchen, 4 full bathrooms, 2 half bathrooms, and 5 bedrooms while preserving the integrity of the home’s original design. 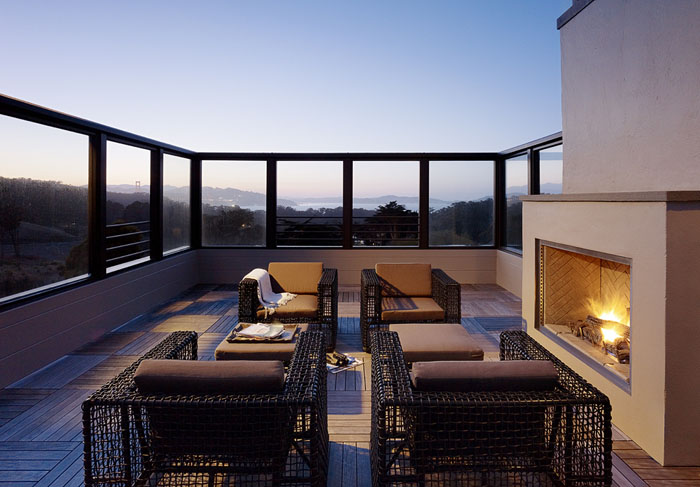 Jeff King & Co: How were you brought into this project?
Aleck Wilson: I met the client 7 or 8 years ago, we were associated through a club of sorts. He talked to me about being the architect for his project 6 or 8 months before they decided to begin, and they spoke with a my past client and mutual friend. I was brought in through a slow developing process, it was always a good relationship. 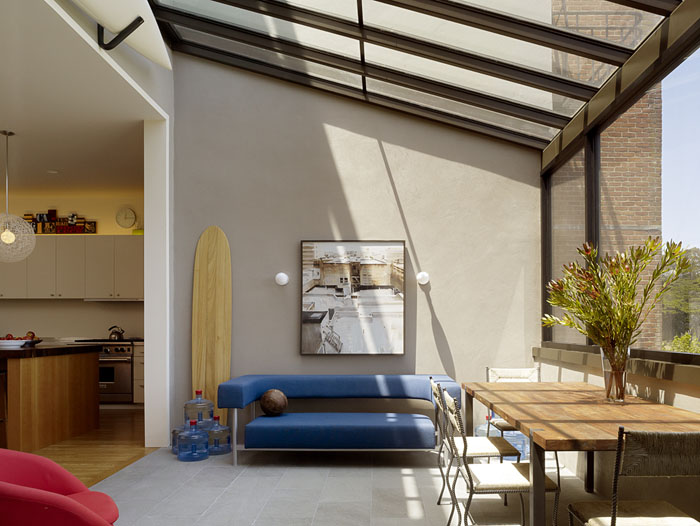 What were the design objectives laid out for you? How did you approach the remodel of a home designed by a significant 20th century architect?
It was really fun to do. I’m the third generation in San Francisco so I’d been aware of Wurster for a long time, though this was my first renovation of one of his homes. It was a simple house with simple design and nice basic features.

The clients had been living in the home for 17 some odd years without changing anything. The house had a lot of integrity, which they wanted to keep, and they liked its original flavor. Primarily the goal was to reconfigure the kitchen, which being built in the 1930s, had a very under-designed portion as service kitchen. Its opportunity for improvement was pretty great, while the prime public spaces of the house are intact. The project was enjoyable to work on, both from the point of departure from the Wurster as well as with the project team. 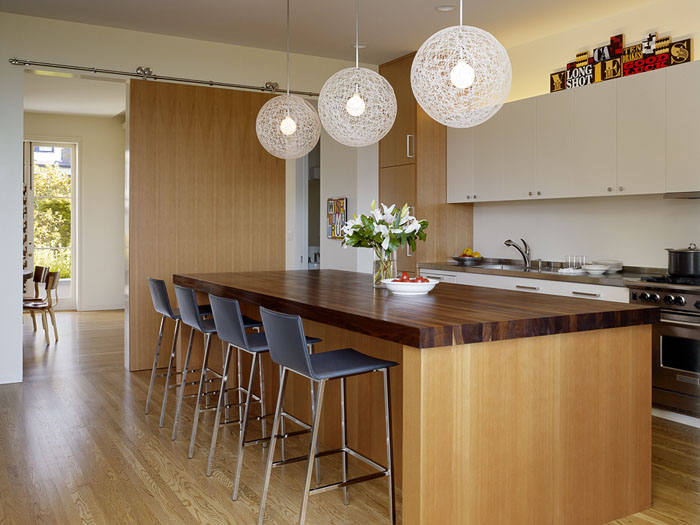 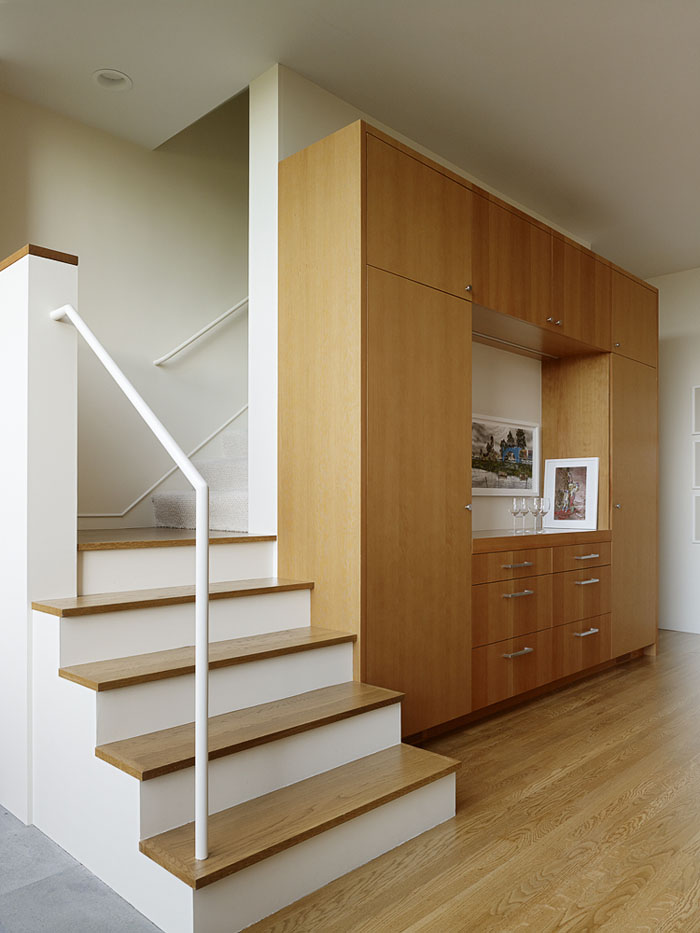 Do you feel that the remodel design preserved the integrity of the original Wurster home?
Absolutely. The formal living room and dining room are barely touched at all. Overall we worked with what was already there and brought the design and function of the house into the current century.

How would you describe the style of the home before and after the remodel?
Wurster was using some vestiges of original trim in a spatially open plan. It was built in an interesting transitional moment of pre-mid century modern, we worked to make the design more so. The kitchen is open and much more contemporary in terms of its spatial arrangement, and the newly renovated family room and guest bedroom refer to the developing mid-century modern style but understated in their contemporary nature. 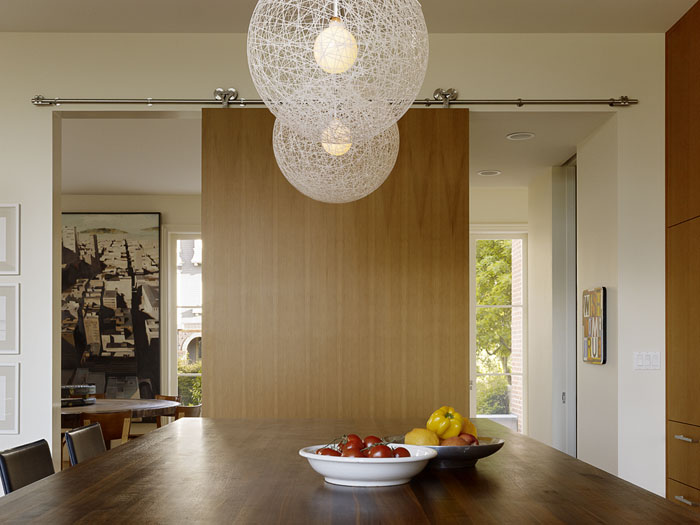 What are your favorite design elements incorporated into this project?
There was great opportunity to open up the kitchen. It had glaring needs to be addressed, the new island makes a big improvement socially and functionally. The new roof terrace has a great feeling as an outdoor room with a fireplace warm wood palette and a panoramic view.  I would say the work we were able to do in the kitchen defines the project for me. 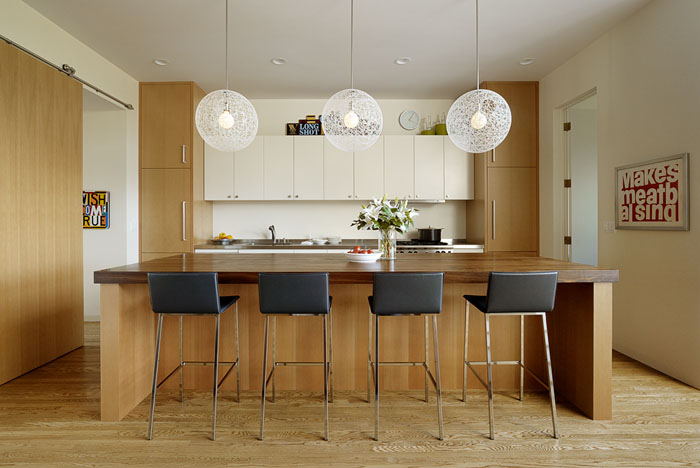 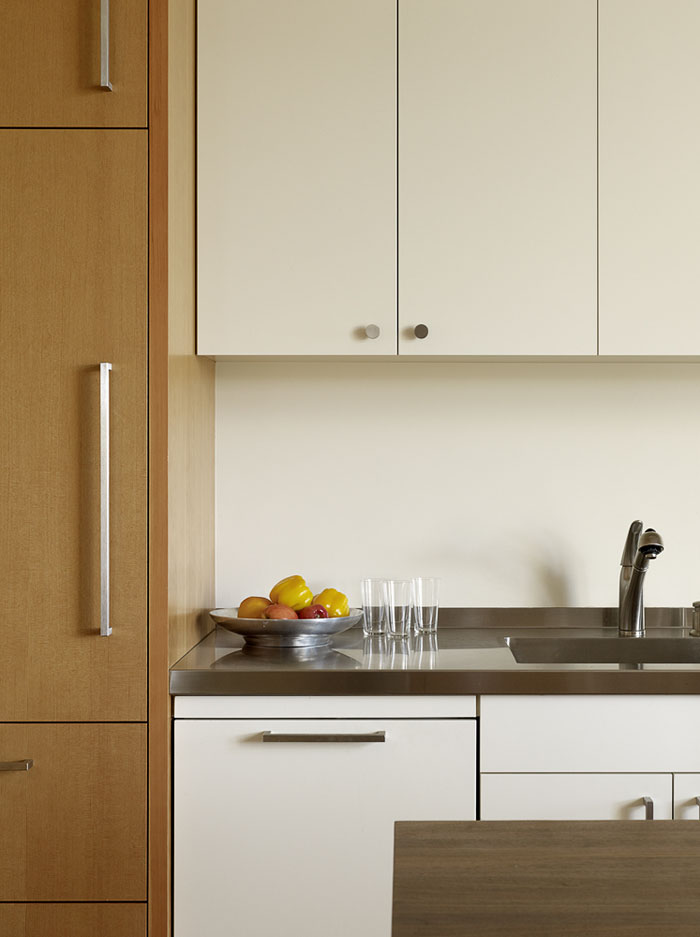 What was the original kitchen like?
It was confused. There were actually 1.5 kitchens: the original galley kitchen and a partial kitchen added to the center of the house in a separate room. It was very under-designed and undefined, the two kitchens didn’t make any sense and didn’t function well. We took out a light well and a bathroom that was the larger portion of the kitchen and opened it up to the back so it has a more social space. The kitchen is no longer locked in the house, but has a big open view and natural light. The front narrow galley kitchen became a powder room and sunroom. The kitchen is now the truly center of the house. 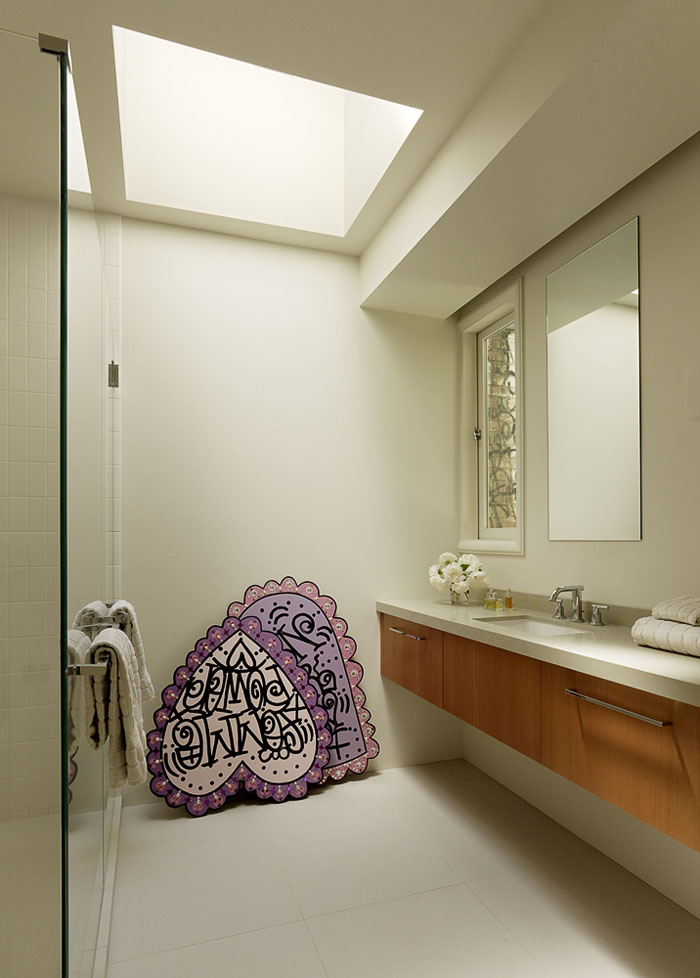 Thanks for chatting with us Aleck!