We are proud to introduce Tracey Snelling: an Oakland-based artist showing at our upcoming group exhibition, Staging Space, opening at Y2Y Gallery on May 12, 2011. 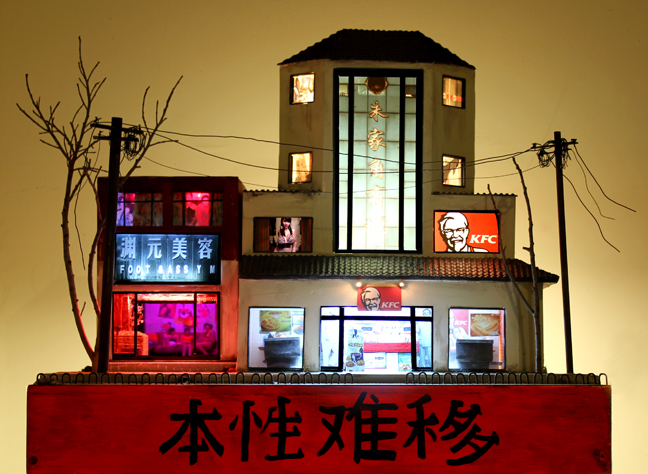 At the heart of Tracey’s multimedia installations are sculptures of miniature buildings and neighborhoods. Her works are anything but stagnant: she combines standard building materials with electroluminescent wire, LCD screens, and media players for sculptures that light up, make noise, and loop film clips. Outside the miniature sculptures is an environment of wall hangings, photographs, props, and video projection that transport the viewer to another place. It’s no wonder that Tracey’s own travels throughout Europe, Asia, and the United States are major influences in her work (along with film, literature, and international cultures).In Staging Space, Tracey presents renderings of Chinese restaurants and other Asian-inspired locales that could very well be right in our own neighborhood. In fact, the sculpture Dragon Village replicates a Bay Area Chinese restaurant, though Tracey decided to place it in a rural Chinese setting next to lotus lily ponds. By placing a real Alameda building in a Chinese countryside, Tracey draws attention to the fact that her sculptures are not exact recreations of a place but rather settings that seek to capture the feeling and idea of a place. Dragon Village brings together Tracey’s memories of China, where she spent two extended stays for artist residencies, and her own hometown. She manipulates the place in a mysterious fusion of visual reference, memory, and emotion to highlight the profoundness that physical places have in our lives. 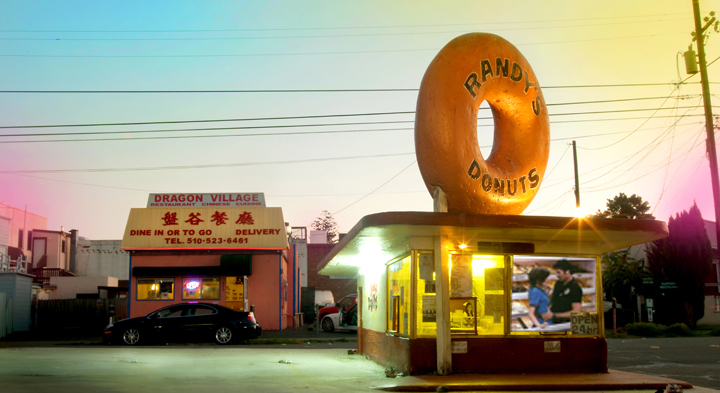 Tracey Snelling was born in Oakland, California, and has been exhibiting in major local and international galleries since 2000. Her celebrated collection, Bordertown, was recently featured at Sundance Film Festival and Oakland Underground Film Festival followed by a 10-year retrospective at San Franciso’s Rena Bransten Gallery in 2010. Other notable exhibitions include Woman on the Run that has already traveled to Selfridges (London, UK), Smack Mellon (Brooklyn, New York), 21C Museum (Lousville, Kentucky), and is on its way to Winston Salem (North Carolina) and Frist Museum (Nashville, Tennessee). 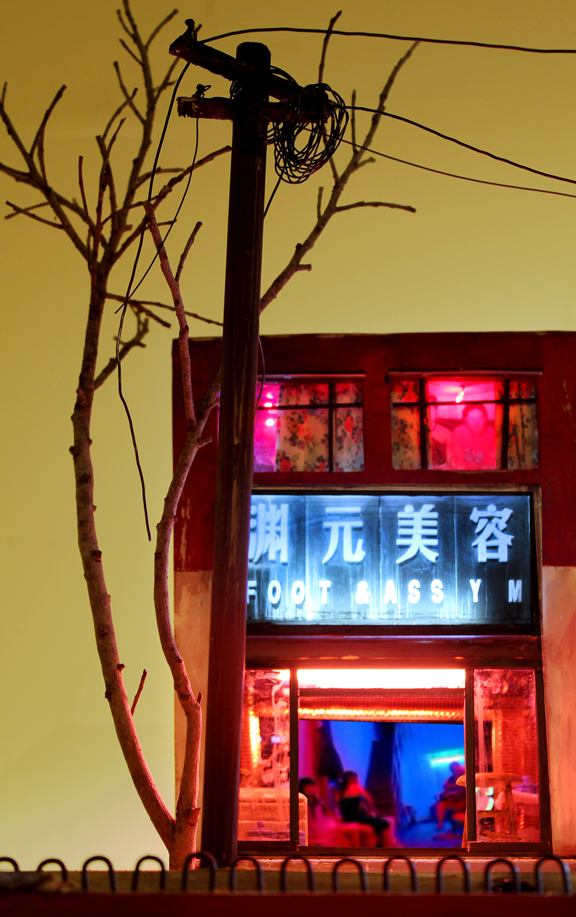 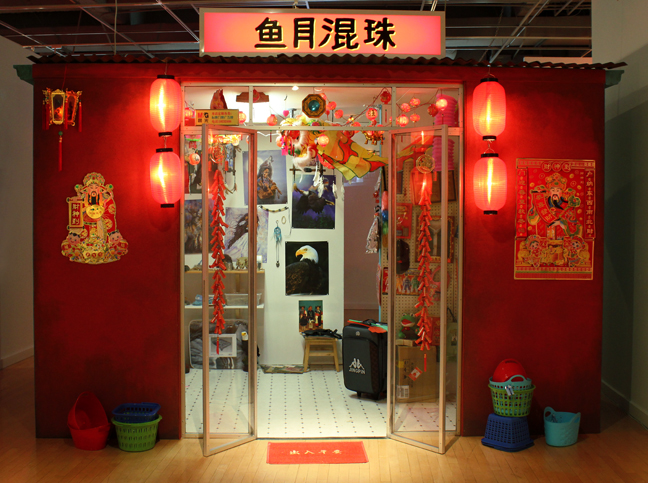 Interview with Tracey on Hi-Fructose