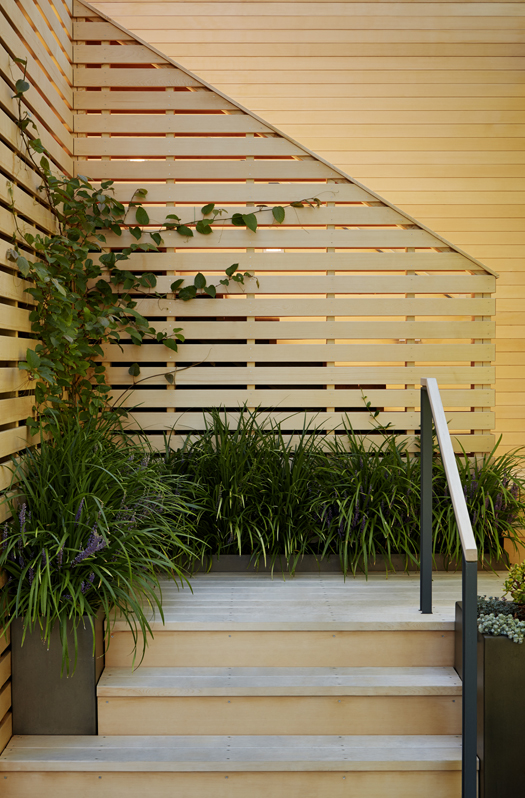 In partnership with Turnbull Griffin Haesloop Architects and Scott Lewis Landscape Architecture, we helped these Sausalito homeowners turn a steep hillside backyard into a series of lush vertical gardens. The outdoor retreat now has a sense of privacy thanks to Alaskan yellow cedar garden walls and decking, while the layout is designed to maximize the property’s magnificent bay view.

As The Architect’s Newspaper put it:

“The Sausalito Residence also has a street-side garden, an unusual feature for such a steep site. Griffin conceived of the garden, which landscape architect Scott Lewis reworked into a series of terraces, as a counterbalance to the spectacular view. Because of the garden, she said, the house ‘had the ability to be perched, but also feel grounded. We really saw the space as a kind of threshold that allowed you to hover between land and view.’ To echo the ivy-covered fence it replaced, the clients chose a slatted Alaskan yellow cedar perimeter wall, with gaps allowing glimpses of the lush landscaping inside.” 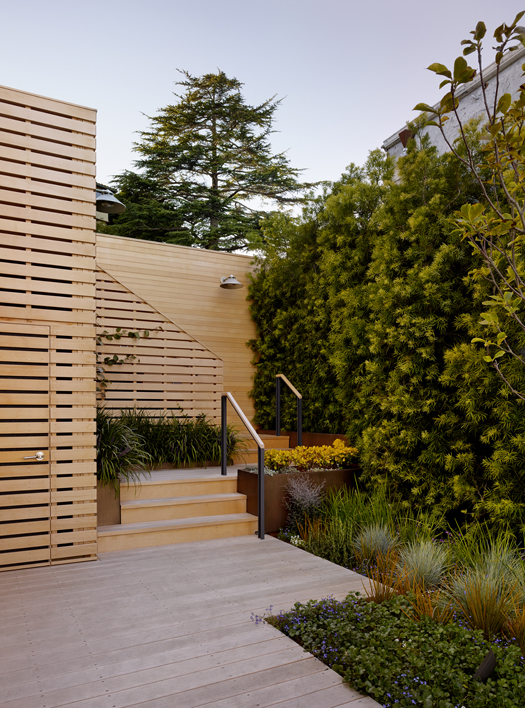 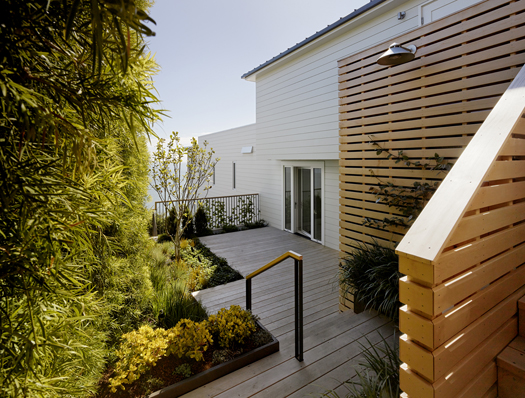 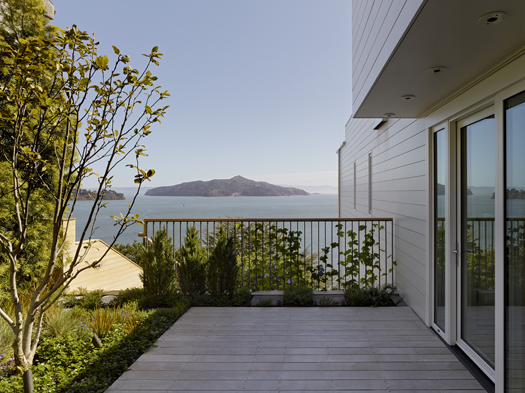 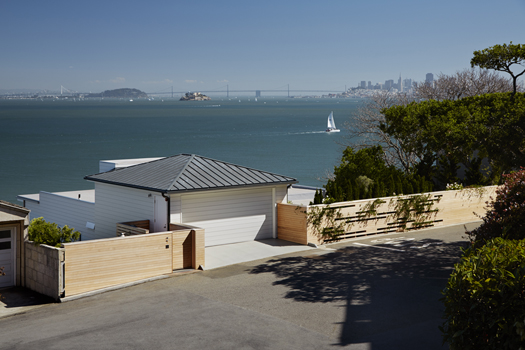 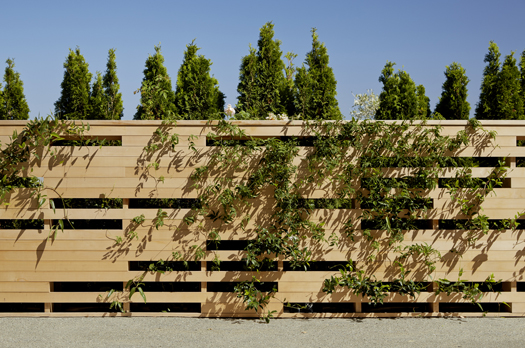 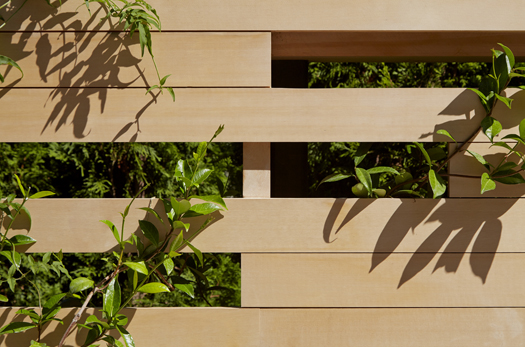